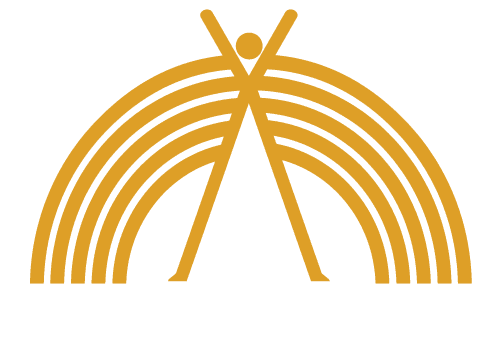 The Alexander Technique (“AT”) and psychotherapy both aspire to show individuals how to make more conscious, effective and authentic choices as they navigate their way in the world. They are both educational processes. By experiencing the power and influence of unconscious, habitual behavior, the psychotherapy client and the AT student gain a deeper understanding of themselves, enabling more consciously directed and healthier responses to the stimuli received from within and from without.

Active, intentional participation is a requirement in both cases if either process is to be effective. Both the AT and psychotherapy explore and examine habits of thinking, feeling and being, revealing the depth and out-of-awareness of habitual responses to the world.

The AT focuses on movement and grace in activity, i.e., how one “uses” one’s body, which requires observation, awareness and thinking during activity (i.e., during “experience”). With the AT teacher’s subtle, gentle guidance/support, the repetition of new movement habits gradually replace the older, less productive (and often even physically injurious) ones.

In contrast, psychotherapy typically pays attention to (brings to conscious awareness) habitual patterns of feelings, emotions and thoughts as they arise in the psychological transference, ie., the relationship between therapist and client. It leads the client to observe and become aware of often self-sabotaging unconscious feelings (emotions) directly in the (safe) bubble of the psychotherapist/client relationship. As the client gains emotional insight in psychotherapy, often concurrent physical changes occur (such as improved personal presentation, more balanced weight, cessation of intoxication, drugs, etc.) – as a result of experiencing life with fewer self-sabotaging behaviors.

With the AT “education”, the consciously attended patterns of unconscious behavior involve physical movement., i.e., posture, coordination and carriage, known in the AT as bodily “use”. Through a critical modality known in the AT as “inhibition”, positive changes in “use” occur in the absence of the previously self-sabotaging movement habits, and the body image that accompanied them. Frequently, along with much more productive “use”, the AT student experiences a different and more positive body image and concomitant emotional state. In short, the AT may lead one to awareness of important, unconscious but self-limiting emotions indirectly as a kind of side effect of the AT.

The Alexander Technique and psychotherapy therefore share the commonality of allowing one to discover who one is after letting go of unproductive habitual patterns of being in the world – patterns whose original influence and purpose may have long disappeared. Both intend to sensitively, gently educate one toward a less fearful and more open experience of the ever-changing world.

Just as an effective psychotherapist seriously listens to and observes their clients, the effective AT teacher seriously listens to and observes their students. Both are “present” in the best sense of the word — they meet the client/student where they are in the moment — a process one might say of enjoined discovery. They both listen to the words and to the tone of voice – and they observe the physical expression and presentation. They both imagine observing through their client’s/student’s eyes as they listen, and they commonly observe: is the body speaking the same language as the words? Where does the body tighten? When does the body collapse? Where do the eyes go as they interact?

And most critically, both AT teacher and psychotherapist listen and professionally engage without being judgmental. By being fully, non-judgmentally present, the psychotherapist and the AT teacher generate a safe relational context and environment for the difficult process of overcoming long-practiced resistance to change to take root, and for appropriate responsiveness to occur in each unique case. Interactions carried out in such a context facilitate the possibility for the client/student to become more open and less fearful to learning and to their own authenticity.

On a personal note: as a troubled young adult, I attempted to find relief through psychotherapy with several different psychotherapists. Each were well-trained and competent; however, it was not possible for me to overcome my resistance to, and doubt of, such therapy. Then, in my senior year of college, I had an experience in an AT course that suddenly made me know I was much more than I knew. For a brief time in each class, my fears and defenses dropped away. It was an epiphany. As a result, I moved 2,000 miles away from home to train as an Alexander Technique teacher. Throughout the 2.5-year AT training period, I became more and more comfortable and assured in my own body, and my general perceptions of the world changed dramatically as I initiated the process of releasing long-held habitual beliefs and emotional poses. However, irrespective of these wonderful changes, some old patterns of unhappiness persisted. So, I returned to psychotherapy — but this time, bolstered with more confidence and insight, I was ready and open — and it took. Though more indirect, the AT was the ideal initial path for me on the journey to better self-understanding, i.e., to finding who I am.